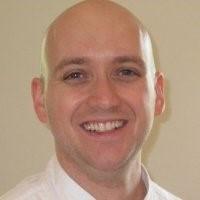 Employed by Sodexo since 2006, he most recently served as Manager of Sodexo’s Business Improvement & Growth Support Resource Center, developing new business in North America. Patrick stated that “Senior Living is our fastest growing segment.”  In addition, Patrick served as General Manager at Sentara Williamsburg Regional Medical Center as a Sodexo employee from 2006 through 2013. He consistently raised client satisfaction and retention scores and received awards for Sodexo Area Manager of the Year.

A graduate of the culinary program at L’Academie de Cuisine in Gaithersburg, Maryland, Patrick worked as chef at several award-winning restaurants in Washington D.C. before transitioning to contract management. He has over 20 years of industry experience with a concentration in healthcare operations. “I look forward to the opportunity to work with the professional staff serving the residents of Willliamsburg Landing”, says Patrick. “Sodexo Seniors has been engaged in 429 Life Plan Communities across the United States and we are excited to bring our high level of customer satisfaction to Williamsburg Landing.” Patrick and his wife, Brandy, Williamsburg Landing’s Chief Talent Officer, have lived in Williamsburg for 13 years.