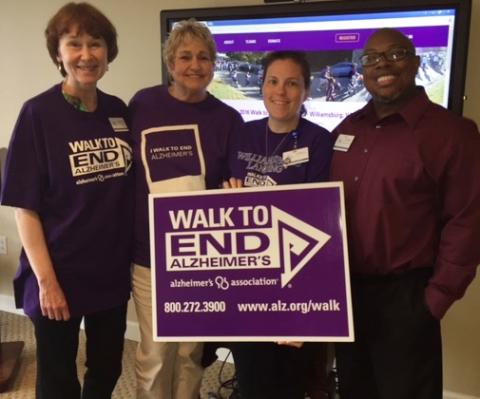 In honor of June being Alzheimer's and Brain Awareness Month, our Dementia Services Educator, Pattie Gaudio, DC, ADC/MC, CADDCT, CDP, answers a frequently asked question: What is the Difference Between Alzheimer's disease and Dementia?

"This happens to be my most asked question! Dementia is an umbrella term that refers to symptoms related to problems in brain functioning. These problems prevent someone from correctly interpreting and responding to their surroundings to the point that it affects their daily life. Symptoms can include difficulties in memory, language, disorientation and reasoning. However, the symptoms do not tell you what is causing the problem. It is important to diagnose the cause.

There are over 100 types of dementia. Some are reversible, such as those caused by medication interactions, vitamin deficiencies and metabolic problems. Some are irreversible like Alzheimer’s disease. Irreversible dementias differ depending on what areas of the brain are being affected and what mechanisms are involved in causing the death of the brain cells. According to the World Health Organization, Alzheimer’s disease accounts for approximately 70 percent of all dementias. It results from a clumping of amyloid protein segments outside the neuron (brain cell) producing “plaques” and a twisting of tau proteins inside the neuron forming “tangles”. These result in the death of neurons. This mechanism begins 10 to 20 years prior to a person actually showing outward symptoms of dementia. Researchers are currently looking for non-invasive tests to detect this quiet period with the hope that interventions in this pre-symptomatic stage might make a difference in how Alzheimer’s progresses."